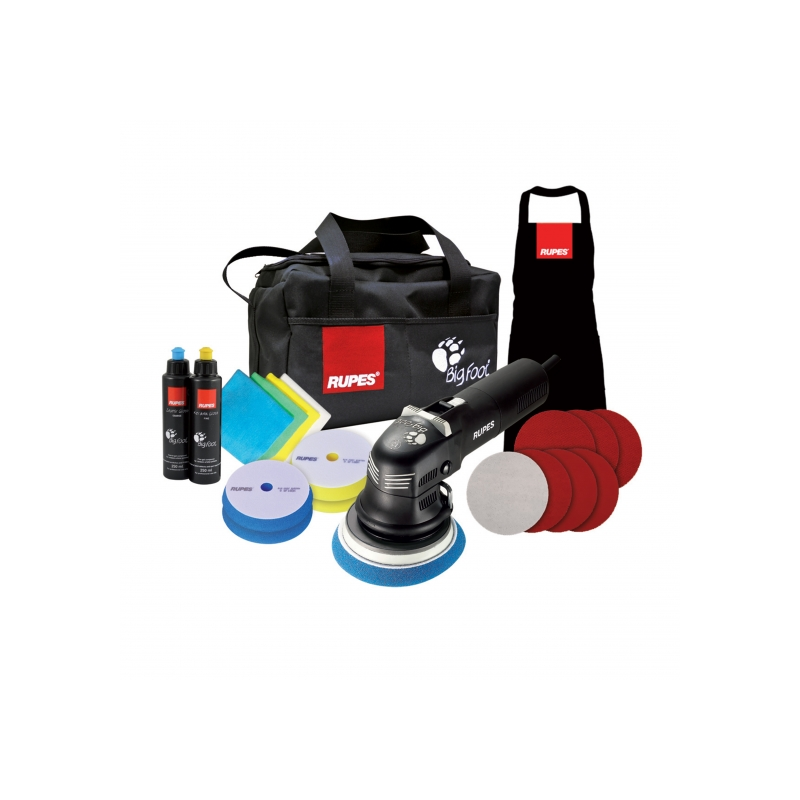 A unique system for sanding and polishing. The duet and 'designed to work equally well with soft interface pad and microabrasivi, with both pads for polishing obtaining excellent performance in both modes'.

A unique system for sanding and polishing. The duet and 'designed to work equally well with soft interface pad and microabrasivi, with both pads for polishing obtaining excellent performance in both modes'.
Careful studies on the dynamics of orbital motion and thorough practical tests have led to the choice of an eccentricity '6mm (total 12mm orbit); the ability 'of correction of the last generation microabrasivi discs is incredibly enhanced, in particular operating on the flattening of orange peel or extended defects with great homogeneity' of the depth 'of the polishing tracks.
The same guide orbital movement then the polishing pads in an effective action and incredibly easy coming rapidly to very high levels of finish.

The use of microabrasivi discs for the correction of more 'important defects speeds up and simplifies the polishing cycle by reducing a few minutes interventions that would otherwise be very tiring if realized in mode' only polishing. This process requires machines with an accurate balance and excellent control of the movement; small variations can lead to a roughness' non-homogeneous surface which then requires hard work in the later stages. The duet is guided docilely immediately creating a good feeling with the operator.
In particular, we notice some measures that contribute to a good result as the anti-spinning device that limits the possibility 'of errors even for less experienced operators, the front handle which facilitates the support of the palm of the hand at the virtual center of the eccentric mass and the electronic module with torque control
in addition, the rubber support allows to place the bench duet avoiding contamination by abrasive dust, which could accidentally be transported on the surface to be machined, ruining them.

30 other product in the same category: